Ryan cuddles at home with his adorable dog Lindsay.

“My name is Ryan.  I’m hearing voices.  They’re telling me to kill myself.”  These are the phrases Ryan, a Step Up member since 2012, would say prior to hospitalizing himself almost weekly. Misdiagnosed and medicated as someone with schizophrenia, he memorized these three lines and found the respite he needed at the hospital whenever he was overwhelmed, anxious or feeling depressed by daily stressors. Ryan’s mental health symptoms were compounded by his developmental disability which made seeking the appropriate type of help, really difficult. Ryan’s mom, although always present, loving and a strong source of support, struggled with a lack of appropriate resources for her son and a lack of social support for herself, Ryan eventually exhausted the emergency psychiatric team at UCLA Reagan, and was referred to Step Up’s Westside Department of Mental Health team. Ryan became one of Step Up’s Golena Akhteh’s first Transitional Aged Youth (TAY) Full Service Partnership (FSP) client assignments. Golena, now Vice President of Westside Programs in Los Angeles, remembers how she began working with Ryan to incorporate real respite in his life and reduce his hospitalizations, “We started doing lots of walks to the dog park, getting away from traditional talk therapy. We focused on using visual guides to recognize thoughts and feelings, breaking things down to a fundamental level and assisting Ryan to put into words for the first time, just how he was feeling”.

Program Manager for Westside DMH, Jai Long began working with Ryan around 2015 as he was progressing from Step Up’s FSP programs into its Recovery Resilience and Reintegration (RRR) programs: “I started working with Ryan when he was hospitalizing himself frequently.  He’d take one step forward and two steps back. His home life would overwhelm him and he wouldn’t know how to face things.  The hospital was a place where he could feel less isolated and more supported.” Step Up’s teams needed to help Ryan focus on building his independent living skills. The team began working with not only Ryan but his mom, to help them discover their own coping tools and accept the setbacks that can and will occur along the way.  In Ryan’s case, his love of animals became the turning point. “Ryan is a dog owner and had a good relationship with dogs,”says Jai Long, “so he took a volunteer position working at Michelson’s Found Animals.”  Established in the aftermath of Hurricane Katrine by Dr. Gary Michelson, Michelson’s Found Animals identifies important problems facing pets and people, and develops real-world, scalable solutions to help them thrive. For example, the organization has been facilitating pet food donations to Step Up members experiencing food insecurity for their pets.

Ryan with Truffles, one of the dogs at Michelson’s Found Animals Adopt-A-Shop.

Jai continues, “That is when things started to turn around for Ryan because he found an outlet for alleviating his boredom and isolation.”

Understanding that social isolation was his trigger, the team began working with Ryan on changing his environment and scenery.  Since 2018, Service Coordinator II Michelle Mercado has been working with Ryan on behavior modifications necessary for recovery and reintegration, “He’s been continuing to volunteer.  I’ve been really impressed by his ability to express emotions.  His mom says he’s a lot better at saying when things are bothering him.  His ability to stay positive and his external coping skills have improved so much that he’s only had 3 hospitalizations in 2 years.”  In addition to volunteering for Michelson’s Found Animals, Ryan has now worked as a Lyft driver and even took a trip to Las Vegas at the beginning of the year to celebrate his birthday with friends.

Ryan helping Vet volunteer Dustin of Michelson’s Found Animals deliver a donation of pet food to Step Up members experiencing food insecurity for their pets and themselves. 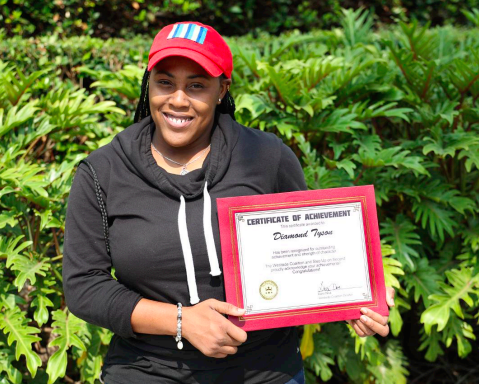 Step Up @stepuponsecond
3 days ago
Step Up proudly uses the #HousingFirst model. A permanent home is the foundation for stabilization & reintegration into community. In addition to #permanentsupportivehousing, Step Up provides member-driven supportive services that help our members stay housed. https://t.co/dQ4HYemVKr
View on Twitter 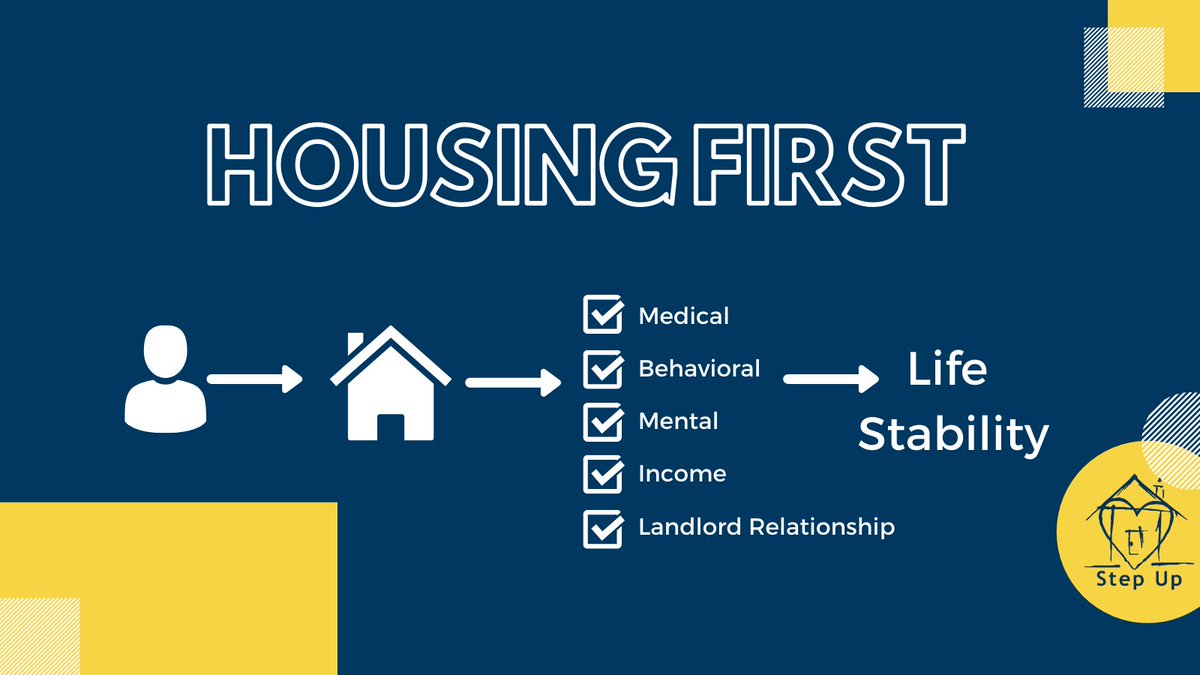