August 16, 2018
VA Plans Haven For Homeless Vets In West Los Angeles In June of 2017, 54 veterans experiencing homelessness moved into Building 209 at the West LA VA Campus. “I look at it this way: it was God-given to me,” William Williamson, a Building 209 resident says, “and I bless Him…

In June of 2017, 54 veterans experiencing homelessness moved into Building 209 at the West LA VA Campus. 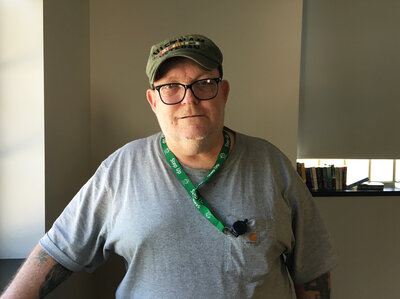 “I look at it this way: it was God-given to me,” William Williamson, a Building 209 resident says, “and I bless Him and the people here at the building every day I wake up.”

Williamson was a jet mechanic on an aircraft carrier during the Vietnam War. After leaving the Navy, he spent time in prison and eventually lost his permanent housing three years ago due to a roommate dispute. He couch surfed, went to shelters, and then the street. It was “eye-opening,” Williamson says. It was especially scary at night, “when you try to find a place to sleep, ’cause you never know what’s going to happen.”

Social services provided by Step Up at Building 209 help Williamson with everything from military benefits to counseling. He also now lives close to all his doctors at the VA Medical Center who help him with his asthma, heart problems, and nerve damage in both legs.

The goal is to expand housing opportunities on the VA Campus to serve at least 1,200 chronically homeless veterans. “This is a moral imperative,” Megan Flanz, who is in charge of the project, says. “There are veterans who need housing. We’ve got the space to house them. The property was deeded to us to house them. So we will get this done.”

“Most people want to live in a neighborhood where other people are, but right now, for the first tenants, there’s no other housing on the campus,” which can make them feel isolated, Step Up president & CEO Tod Lipka says. Two empty buildings next to 209 are about to be converted to housing. In addition to housing, the VA Campus hopes to foster community and provide places for residents to socialize and connect with one another, get job training, and get involved with the arts. 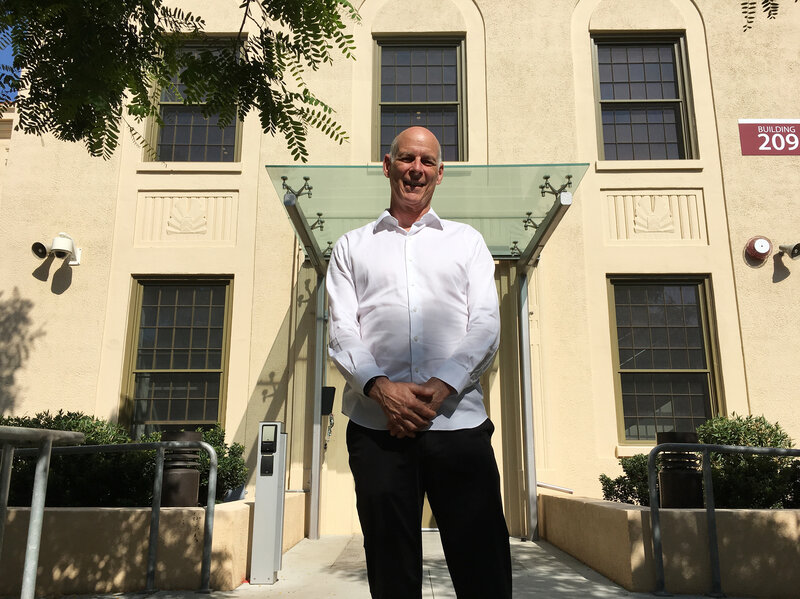 Read the full piece by Ina Jaffe on NPR

You'll receive email updates on how your investments change lives.

END_OF_DOCUMENT_TOKEN_TO_BE_REPLACED

Four years ago, Step Up interviewed Step Up Member Alberto and his Service Coordinator. We caught up with Alberto last month about his journey with homelessness, mental health, and how he’s doing now.

END_OF_DOCUMENT_TOKEN_TO_BE_REPLACED

You have the power to make a difference.

Imagine a world where everyone has a home, a job, and a supportive community. 100% of your donation will go towards connecting people to the help they need and deserve.

Provides one hour of work force development training to a Step Up member.

Provides one home visit from a psychiatrist or nurse for medication support.

Provides a Welcome Home Kit to furnish and outfit an apartment for a member.

Step Up provides a proven long-term solution to ending chronic homelessness. Of our members who receive housing, 97% remain in their homes permanently. This success is made possible by providing both a stable place to live and extensive supportive services.

By making a donation to Step Up today, YOU are accelerating a solution to this crisis.