Kobe Bryant in research stages in helping to reduce homelessness

The following article appeared on a Lakers Blog posting by Mark Medina, on the latimes.com website on June 7, 2011:

“Opening the door to an upstairs room, Kobe Bryant’s sudden emergence let out a collective gasp.

The reactions seemed equally surprised. It included the 26-year-old Jermell Foster who widely admired Bryant’s determination: “He’s my idol so I was like, ‘Woah.” It included the 23-year-old Jabaree Lyons who’s always wanted to meet a famous athlete: “I wasn’t expecting him to come through, but it was great.” And it included the 21-year-old who goes by Hector that simply appreciated Los Angeles’ most recognizable celebrity stopping by to visit: “It was great. I didn’t know he was interested in helping people.”

This was no ordinary meet and greet where a Laker chitchats, signs a few autograph items, shakes hands and then goes their separate ways. Bryant remained in an upstairs room on Tuesday at My Friend’s Place, a nonprofit resource center on Hollywood Blvd. that offers free emergency services to homeless youth, for about 20 minutes tackling that very subject. Bryant and his wife, Vanessa, just started the Kobe and Vanessa Bryant Family Foundation aimed to reduce the number of homeless in Los Angeles. So with figures that the Institute for the Study of Homelessness and Poverty at the Weingart Center says goes as high as 254,000 people, Bryant opened the conversation by asking the dozen or so kids how they respond in moments where they feel their “life is kind of stalled out, also by asking if they think that supersoakers are still incredible for a birthday present at their age.”

Bryant’s opening question to the children appeared to serve two purposes. One, it shed light on Bryant’s equally determined attitude in his foundation proving instrumental in solving the problem. “You know how when I go after it, I go after it,” Bryant said with his signature tight-lipped and serious looking smile. Two, it reflected Bryant’s acknowledgment that he still has plenty to learn before giving an adequate benchmark he wants to reach: “We’re still educating ourselves to the issue because we’re kind of brand new to it. But we sunk our teeth into it man and we’re going to go after it.”

Should Bryant follow through with the same energy he displayed during his press conference, the impact could be enormous.

“By Kobe and Vanessa coming in through their family foundation and saying this is an issue we want to address, it mobilizes and raises awareness among so many people who felt on the fringe who wanted to do something but didn’t know how,” said Tod Lipka, the chief executive office of Step On Second,a mental health organization that provides permanent supportive housing for homeless. “For us, raising awareness will be a siginficiant accomplishment. They have the ability to bring the awareness of this issue foreward in a way few other people can. ”

The origin of Bryant standing before an assembled press corps eager to hear his public comments on Mike Brown’s hiring and disappointed for not receiving an answer goes back nearly a month ago. Global Philanthropy Group’s Trevor Neilson, who’s represented celebrity philanthropic efforts including Demi Moore, Ashton Kutcher and Ben Stiller, recalled that Bryant’s high school teammate and foundation spokesman Doug Young met with Bryant and asked him a series of questions about issues that strike him.

Though Bryant lives in Orange County where the homelessness issue proves less severe, the lasting image of seeing homeless people wander outside Staples Center following Laker games struck a nerve. It directly contradicted his childhood growing up in Italy where he instantly felt destined to play basketball.

“You have these dreams that you want to achieve and you feel like if you follow steps, A,B,C, you’ll get there,” Bryant said. “For some of these youths, they don’t have that. Life is going in zig zags. For some of them, it’s a one way street.”

There’s a few short-term ways to helps stop that from happening.

Michael Kass, director of development at My Friend’s Place, conceded the shelter cut back resources two years ago because of the economic cloud hovering the city. On a $1 million operating budget, My Friend’s Place fields 80-120 youth between the ages of 12-25, but remains open only on weekdays from 9 a.m. – 5:30 p.m. Should the organization increase its funds to $3 million like Kass believes will be possible with Bryant’s backing, the site can open up on the weekends, too. Nielson argued it would be necessary to soon install a kitchen into the facility, considering the center only serves food using two microwaves and paper silverware. And plenty of the kids directly lamented to Bryant that the center’s scaled back hours makes it unsafe for them to roam the streets at night.

Meanwhile, Lipka says Step on Second currently is producing 66 units of supportive housing with a $11 million operating budget. The organization is supposed to receive a $7 million grant by September, Lipchak says, but with the hope that they can expand to 200 total units, the organization is relying on a mix of public and private funds that he says will total $30 million. Should Bryant help in that cause, it would be easier for Step on Second to be less selective on determining which homeless people can stay. Normally, the organization weigh various variables such as age, severity of drug and alcohol addiction and how long the person’s been homeless to determine the ones most vulnerable. Then, they find property, such as former motel lots, where it’s easy to construct apartment units.

But for now, the “big step” Bryant made entailed opening that door and gaining a peak into the homeless’ world.

“He’s got the keys,” Foster said of Bryant. “Just by him acknowledging it and bringing his presence is enough to attack. We all know how he can attack.”

He convinced them to pour out their stories and emotions as if they were trusting teammate: “heartwrenching stuff.”

And he sparked a rallying cry as if he was leading a team to a late-game victory: “Basically I want to help them kick butt.”

Except this didn’t take place on a basketball court. By opening the door to the upstairs room, these teammates showed they’re ready to follow. Now Bryant’s trying to show he’s ready to finish.

This article has been reposted from LATimes.
Copyright © 2011, Los Angeles Times. All Rights Reserved.

Please follow this link to see the original article on latimes.com:

Step Up on Second3 days ago
Carolyn Healy has started as Step Up’s first Community Engagement Coordinator. Carolyn has spent the last year as an AmeriCorps VISTA Volunteer Coordinator building out a formal volunteer program for the agency. Carolyn will continue to engage the community on Step Up's behalf to build relationships that bring more volunteers and more resources to assist with our programs.

Step Up @stepuponsecond
23 hours ago
#RIPKobeBryant, Gianna, and seven others who perished today. Hearts heavy for #KobeBryant family. A Champion on and off the court; a champion to end #youthhomelessness. Huge loss for LA and beyond. #StepUponsecond 💔 https://t.co/iOjPYni7DZ
View on Twitter 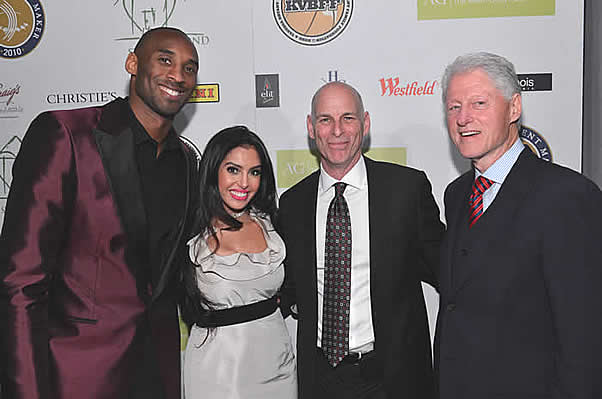 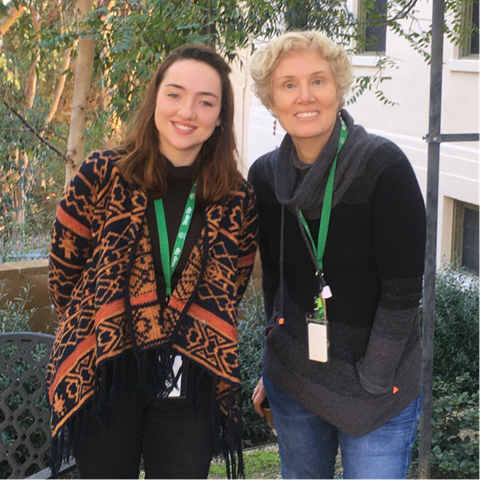